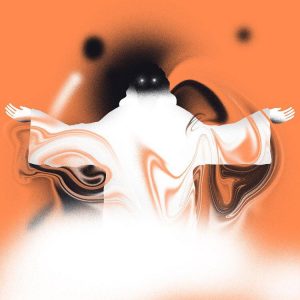 The 5th Wave? It seems like your typical dystopian story. Alien invasion, people team up to fight back, the aliens, called Others, are secretly disguised as humans, infiltrating their ranks, and slowly killing them off one by one. Classic. A main part of this is Camp Haven-the camp where uninfected people are recruited to fight the Others. In the beginning of the story, it flourishes, but in the end, its destroyed.

Camp Haven is where kids are recruited after they are inspected to see if they are infected or not, and after that, are plugged into wonderland, a device that goes through your memories. Then they are moved into different squads which compete with each other to graduate. Once you graduate, you start going on combat missions to kill infected people, everyone who is an “alien”, also called Teds. Even though at first, Camp Haven may seem like an ordinary camp (or at least as ordinary as it can be in this kind of situation), it actually fits the characteristics of… something else.

Something like a cult, a non-religious cult to be exact.

For those of you who don’t know, a cult is a group or movement with a shared commitment to a usually extreme ideology that’s typically embodied in a charismatic leader. The 5th Wave had all of these characteristics and more. It has the leader, the punishments for resistance, and the methods of control.

To start us of, there’s Vosch. He’s the one who set up the camp, it was his idea to fight back and try and kill all the Teds. The camp was where everyone could work together and save their planet from being inhabited by the Others. He’s won over the hearts of most, they all do as he says. In the book it is even shown that he had banners put up that said, ‘WE ARE HUMANITY’ and ‘WE ARE ONE’. He kept up morale, and made everyone happy when they felt down. He also reminded kids that they were all working together for a good cause, probably making them feel better about themselves. He was someone they could trust, and someone they all looked up to.

A characteristic of cults is strict consequences when stepping out of line. Generally, if you think of something differently than what the rest of the cult believes, you are being a traitor. This is usually followed by extreme action on behalf of the cult towards the individual who didn’t follow or comply with the beliefs. This is actually seen many times throughout the book when people ‘go Dorothy’. In Camp Haven, going Dorothy is when you snap after the pressure gets to you, but later on in the book it is revealed that going Dorothy was actually when the recruits realised the truth about Camp Haven.

In the camp, when a recruit named Tank had gone Dorothy, they are taken away to a hospital, but after that, they just disappear, but later on, they learn the truth about where they go. On page 240, it says:

‘We don’t talk about Tank. It’s as if Tank never existed. We have to believe that the system is perfect, and Tank is a flaw in the system.

Then one morning in the P&D hangar, Dumbo motions me over to his table. Dumbo is training to be the squad medic, so he has to dissect designated corpses, usually Teds, to learn about human anatomy. When I come over, he doesn’t say anything, but nods at the body lying in front of him.

They had killed one of their recruits after he realised what was really going on.

Another part of cults is control. The best way for a person to stay in power, is with control. If you can control others, than you can basically do whatever you want. Now, killing of the ones who resist is a good way to gain control, but there are still many other different ways to gain control, like indoctrination, or self-incrimination, even logic like us vs. them.

When they were recruiting kids for Camp Haven, they had only taken the younger kids. Even though they had promised to come back for the rest of the family they never did. It would, of course, be easier to get kids to believe you than and adult. They are also telling all of the kids lies about what they are actually doing, making them feel like they aren’t killing innocent people.

Jim Jones was an American cult leader who used self-incrimination against his cult members. Self-incrimination makes the cult members write down a list of their fears and mistakes, and give it to the cult leader, which can then be used to humiliate them, or even manipulate them. This is very similar to wonderland. As soon as you are connected, all of your memories are saved. Then only certain people have access to it. Vosch has used this strategy on many people, using their memories against them, and using very strong pathos to convince them to join Camp Haven. He uses this on one of the characters, Ben, to convince him to fight against the Others. On page 128 it says, ‘He nods towards Sissy’s locket. “You left her. Earn she needed you, you ran. And you’re still running. Don’t you think that it’s time you stop running and fight for her?”’ He only knew about what happened with his sister because of wonderland, and is using it to convince him to join him in killing all the infected people.

There is a lot of us vs. them logic used. Going back to the banners that Vosch had put up, they send the message that we are humanity, not them. Making them seem in-humane, and deeming it ok to kill them, which is exactly what Vosch wanted them to do.

In the end, the book The 5th Wave is really about the rise and downfall of a cult. From the leader, to rebels, to control. It may not be very clear at first, but you can see that they all match up. This book really helps us to understand how normal cults may really seem. They may seem like normal communities at first, but they have different characteristics that help them to be identified, and then soon after, terminated. Almost like as seen in the book.